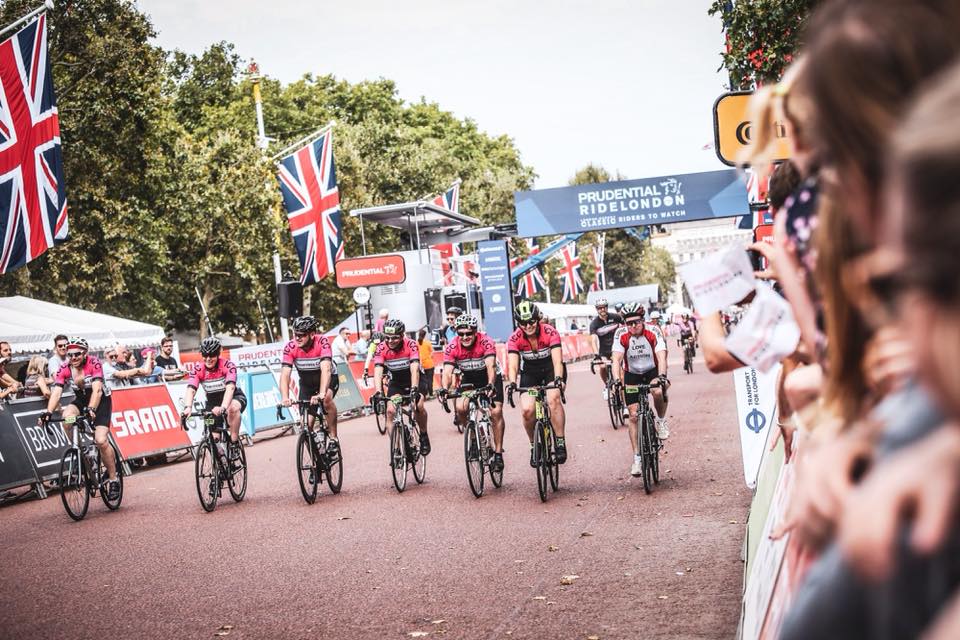 Facebook has been throwing memories up at me again.   This time it’s a photo from 4th August 2019. It’s the Mall in London, the Plane trees are in full leaf and Union Jacks shudder, just a touch, in the breeze. 7 of us are lined up across the road on our bikes, 6 of us in the pink, black and white of Inverness Cycle Club, the 7th, Angus, found us early in the route and stuck to us like glue, sharing tales of his native Africa and his Scottish connections. We’ve just crossed the finishing line after cycling 100 miles. There’s me, second from the left, a big grin, buzzing from the camaraderie of having just spent several hours cycling with my friends and with David – he’s there, of course, to my left, soaking it all in.  I have a framed photo on the wall beside me as I write, taken just a little while later, we’re posing with our finisher medals, delighted with life.

Whenever I look at moments like this, I can’t help searching for the shadow of what was to come.  I even go so far as to look at my left breast in the photos, knowing that the tumour was most likely already growing there, waiting to tip us off balance. What strikes me this time as I look, is the sense that we never know the last time.

Since 2015, every year we’ve driven to London together to ride the 100 mile sportive. We’ve done it with various friends over the years, always with David’s brother Ian, and we blithely assumed we’d keep doing it as long as we wanted to, we’d never considered an end point to this annual ritual.  We had no idea that 2019 would be the last time I’d ride around London with David and Ian before cancer and Covid cleaved a huge wedge between then and now.

It’s like that moment you pick up your child for the last time. You never know when it will be, and you don’t realize until you suddenly can’t recall the last time you gathered them up in your arms.  I remember the grief of that realization so keenly when it occurred to me, I scrabbled around reaching for a memory of when I had last picked B up, but it was gone.  I’d missed it. I found myself bending to bury my nose in her hair, trying to capture the scent of her, knowing I hadn’t savoured her enough. But how can you savour the moment if you don’t know it’s that moment?  Now I ache for that time when B was small enough to be scooped up, when she still wanted to be, when she’d reach up her arms and say “togail”, “lift” in Gaelic.

I try to savour the moment of that last crossing of the finishing line in front of Buckingham Palace.  It smarts and tears lick the corner of my eyes but I let myself go back and have a little taste, push the thought to the tip of my tongue and hold it there.

And I must have held it there longer than I’d thought because suddenly a door opened to sign up for a place on the next Ride London, it just opened a crack, only the first 10,000 people would get in.  David called me, “quick, Ride London’s open, get a place” and before thinking it through any further I did.  I got a place.  In that dash to fill out the form and press send I forgot.  I forgot that I don’t ride my bike anymore.  I forgot that I haven’t ridden more than 30 painfully slow miles in the best part of nearly 2 years.  I forgot that my bike computer has been pushed to the back of a drawer so I don’t see it and the Ride London medals have been hidden in a cupboard.  I forgot I got cancer and it fucked up my body and in particular my back which makes it so hard to cycle.

Woah! Stop! Blink and you’ll miss it so let’s hold ourselves there and go back over those words, did I really just write “I forgot I got cancer”?

I guess, unless you’ve had cancer, the importance of those 5 little words may pass you by.  Maybe its a little bit like trying to fall in love or get pregnant, the harder you try the more difficult it becomes and if you try to forget cancer you can’t do it because as soon as you think about the not trying, there it is again, reminding you you’ve had cancer and it’s fucked everything up.  Except I did forget I got cancer, just enough when that window of opportunity opened up, just enough to let me walk right through.

So now here I sit, holding the knowledge that it’s possible to forget cancer gently in my lap, the big question is, what am I going to do with that fact and how many more ‘last times’ can I re-visit and re-write now I know?

6 thoughts on “The Last Time”

Begin typing your search term above and press enter to search. Press ESC to cancel.